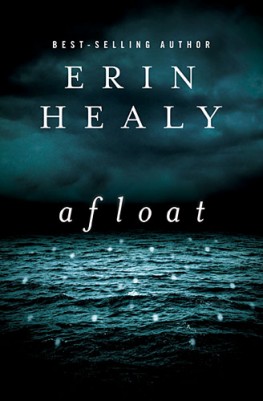 This is posted today as part of a book tour. Be sure to check out what others are saying about this book, and don’t forget to enter the contest below!

Who will you trust when dark waters rise?

Eagle’s Talon is an architectural marvel—shining residential units afloat in a protected cove of the gorgeous Rondeau River. The project is nearly complete, partially occupied, and ready to make investors rich when a sinkhole gives way. Then torrential rains and a flood leave a ragged collection of builders, investors, and residents stranded in one floating building, cut off from the rest of the world.

They’re bitterly divided over what to do next.

Architect Vance Nolan insists they should sit tight and wait for rescue. Developer Tony Dean wants to strike out into the darkness. And single mom Danielle Clement, desperate to protect her young son, Simeon, struggles to hold their motley band together.

Power failure, a pall of unnatural daytime darkness, explosions in the distance, then a murder ratchet tensions to a boiling point. But Danielle’s young son, Simeon, has spotted something strange underwater—beautiful, shifting lights in the dark water below.

In this watery world where everyone’s secrets will eventually come to light, salvation may mean more than just getting out alive.

Vance first concludes there’s a problem when he realizes he can’t hear the birds. What he doesn’t know at that moment is that something so bad is coming that he will need to wait until he hears a bird to know that he’s safe. During the next 72 hours, Vance will witness events beyond imagination and know only that what his mentor, a blind man named Zeke (Ezekiel?), tells him can be trusted. By the end of the day, a disparate group of people will be stranded; egos will compete and tempers will flare. Will anyone still be alive by the time help comes?

The action rarely slows in Afloat. We only learn Vance’s backstory through the use of flashback chapters. We learn little about the pasts of the other characters, except that which is pivotal to the story. How did Tony know Danielle’s late husband? How could a cop forced into early retirement afford a luxury condominium? Is Ranier a prospective buyer, or something else? The characters are all flawed, but only a few know they have those flaws.

This is a Christian novel, published by a Christian publishing house, and there are discussions of faith, belief, love and other Christian elements throughout. Something that came to my mind while reading this novel was when Jesus told his disciples that whoever desired to save his life would lose it… The idea of waiting for a bird reminded me of Noah’s Ark. I also found certain elements reminded me of Agatha Christie’s And Then There Were None/Ten Little Indians. To say more about these and other plot developments would be to give away some major spoilers and I really don’t want to ruin it for you. I also wish I could say more about the supernatural elements of the book, but I’m still trying to wrap my head around them! Despite those, however, this was a book I had little trouble reading. Only once did I contemplate putting it down, and that’s because I had to go to bed.

Thank you to Litfuse for my free copy of Afloat, which I received in exchange for an honest review.

2 thoughts on “Afloat, by Erin Healy”