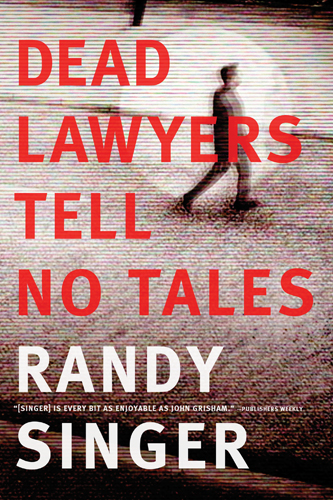 Landon Reed is an ex-quarterback convicted of organizing a points-shaving scheme. During his time in prison, he found forgiveness and faith and earned his law degree. Now he longs for an opportunity to prove his loyalty and worth. Be careful what you ask for.

Harry McNaughton is one of the founding partners of McNaughton & Clay—and the only lawyer willing to take a chance employing an ex-con-turned-lawyer. Though Landon initially questions Harry’s ethics and methods, it’s clear the crusty old lawyer has one of the most brilliant legal minds Landon has ever encountered. The two dive into preparing a defense for one of the highest-profile murder trials Virginia Beach has seen in decades when Harry is gunned down in what appears to be a random mugging. Then two more lawyers are killed when the firm’s private jet crashes. Authorities suspect someone has a vendetta against McNaughton & Clay, leaving Landon and the remaining partner as the final targets.

As Landon struggles to keep the firm together, he can’t help but wonder, is the plot related to a shady case from McNaughton & Clay’s past, or to the murder trial he’s neck-deep in now? And will he survive long enough to find out?

Once again, Randy Singer has written a legal masterpiece that will leave you hanging until the end. In Dead Lawyers Tell No Tales we have a rookie lawyer determined to stay loyal to the one firm that would give him a chance, even when his life is in danger. First, his mentor is murdered. Then two other partners are killed in an aircraft explosion. Landon’s wife, an up and coming reporter, wants him to leave the firm and move the family out of town; he’s determined to stay the course. But can round the clock security protect them?

This is a story or morals, ethics, and crossing lines. Landon finds himself in uncomfortable situations, but is that the price of loyalty? How is a high profile murder case related to an equally high profile security company? Things aren’t always as they appear. The action starts on the first page and continues at a steady, but not overdramatic, pace. At no point was I bored or think that the storyline dragged. After an extra plot twist toward the end, I found myself wondering if the end really was the end. I just felt that someone, somewhere, could still be contemplating revenge.

If you’re looking for a meaty, non-romantic novel for the summer, I definitely recommend Dead Lawyers Tell No Tales. Singer has been compared with John Grisham and other secular, legal fiction writers. An early section of the book reminded me of Grisham’s The Firm which, admittedly, I read well over fifteen years ago. Even those who aren’t Christian fiction fans should enjoy this novel.

Thank you to Tyndale House Publishers for my free copy of Dead Lawyers Tell No Tales, which I received in exchange for posting an honest review during a blog tour.

One thought on “Dead Lawyers Tell No Tales, by Randy Singer”