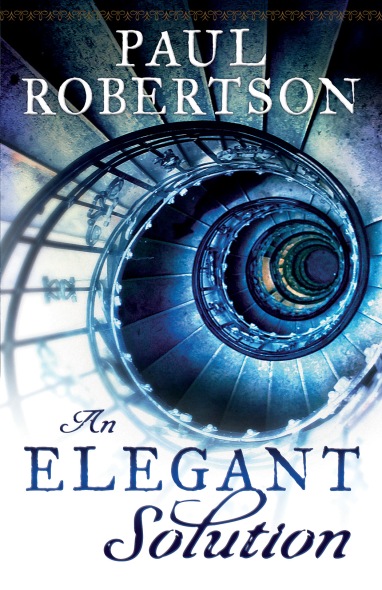 When the Rules That Govern Men Are Shattered,
All You Can Trust Are the Invisible Rules
That Govern Life Itself

For math prodigy Leonhard Euler, the Bernoulli family have been more than just friends. Master Johann has been a demanding mentor, and his sons have been Leonhard’s allies and companions. But this is a family torn by jealousy. Father and sons are engaged in a ruthless competition for prestige among the mathematical elites of Europe. And now, their aspirations may have turned deadly.

Lured into an investigation of the suspicious death of Jacob Bernoulli, his master’s brother, twenty years ago, Leonhard soon discovers he’s facing an elusive puzzle as complicated as any math equation. Surrounded by the world’s most brilliant–and cunning–minds, Leonhard finds himself tracing an unraveling and invisible spiral of greed, blackmail, and murder. He’ll need all his genius to find an elegant solution to this desperate battle of wills.

Mathematics was never one of my strongest subjects at school but, after reading chapter one of An Elegant Solution I surprised myself by wanting to read more. The descriptions of early 18th century Basel and its inhabitants had a certain poetic flow to them that dragged me in. Then I discovered the main characters had actually existed; this history buff was in hog heaven! There is a danger, of course, of putting words into peoples’ mouths or creating situations that didn’t actually happen. The strength of An Elegant Solution is to focus on the jealousies and rivalries that existed within the Bernoulli family.

Despite my lack of mathematical ability and zero knowledge of calculus, this is a book I was able to thoroughly relish. Much of the mathematics talk went over my head, but it didn’t detract from the writing. I found myself enjoying the spirited debates and the interaction between the characters. There is much symbolism, much from Greek mythology of which Euler was a student. Above all, however, there is plot. The initial mystery regarding Jacob Bernoulli becomes an investigation into the death of a well-known coachman. What is the connection with the city of Strasbourg? Does the death of a prominent university figure mean a return of the plague? Is there such a thing as chance in a world governed by natural law?

Lovers of mathematics should enjoy this book on the history of their subject, but that doesn’t mean others should stay away. An Elegant Solution has plenty to keep the non-mathematicians interested, such as the murder mystery, some political intrigue, and the beautiful descriptions of the historic Swiss city. If you’re looking for a meaty Christian historical read, this is a title I definitely recommend.

Thank you to Bethany House for my free copy of An Elegant Review, which I received in exchange for an honest review.

Read an excerpt of An Elegant Solution

One thought on “An Elegant Solution, by Paul Robertson”