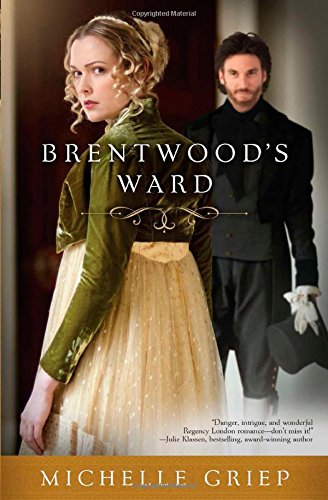 Place an unpolished lawman named Nicholas Brentwood as guardian over a spoiled, pompous beauty named Emily Payne and what do you get? More trouble than Brentwood bargains for. She is determined to find a husband this season. He just wants the large fee her father will pay him to help his ailing sister. After a series of dire mishaps, both their desires are thwarted, but each discovers that no matter what, God is in charge.

It’s 1807 and former soldier Nicholas Brentwood is a member of London’s first professional police force, the so-called Bow Street Runners. Because the pay isn’t great the men often take jobs on the side, and Nicholas has accepted a temporary position as guardian of a businessman’s daughter while the man is out of the country. He expects a young girl. Instead, he gets a stubborn member of London society. It’s a clash of wills at first, with Emily determined to slip away from him wherever possible. It takes a terrifying encounter to make her realize how much she needs his protection.

While Brentwood’s Ward is primarily about suspense and romance, it also sheds light on the harsh conditions in which many Londoners lived. Nicholas doesn’t have any money – he lives very differently to Emily and her companions – but he’s still better off than many. That includes a child pickpocket known as Nipper. We see how the servant class can be treated by their employers and others. The narrative includes instances of murder, sexual assault, drunkenness, tuberculosis and other maladies.

This book is set during the Regency period, but at times I felt it could’ve been set in the mid to late 18th century. Beside Nicholas being a Bow Street Runner the only other reference point I found for the era was the animosity between the English and Americans in the story. (The novel is set between the Revolutionary War and the War of 1812.) But the characters are engaging and there are enough plot turns to keep the reader interested. I found it difficult to put down. And, oh yes, a pug named Alf is an enchanting secondary character. I admit it: I like books with cute dogs!

Thank you to Barbour Publishing for my complimentary review copy of Brentwood’s Ward, which I downloaded from NetGalley. I was not required to write a review.

Have you read Brentwood’s Ward? Do you plan to read it? Let me know your thoughts.

One thought on “Brentwood’s Ward, by Michelle Griep”