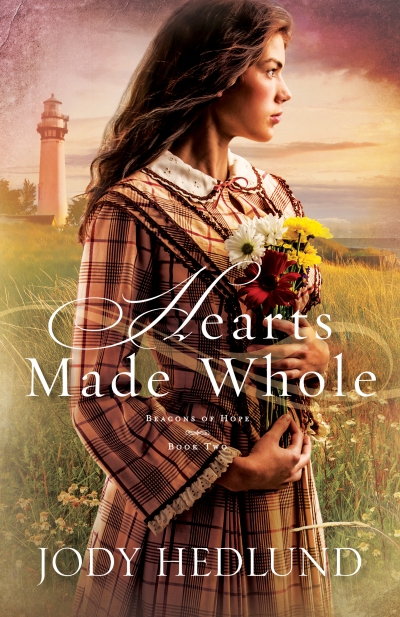 Can She Forgive the Hurting Man Who Costs Her the Role She Loves?

After her father’s death, Caroline Taylor has grown confident running the Windmill Point Lighthouse. But in 1865 Michigan, women aren’t supposed to have such roles, so it’s only a matter of time before the lighthouse inspector appoints a new keeper–even though Caroline has nowhere else to go and no other job available to her.

Ryan Chambers is a Civil War veteran still haunted by the horrors of battle. He’s secured the position of lighthouse keeper mostly for the isolation–the chance to hide from his past is appealing. He’s not expecting the current keeper to be a feisty and beautiful woman who’s angry with him for taking her job and for his inability to properly run the light. When his failings endanger others, he and Caroline realize he’s in no shape to run the lighthouse, but he’s unwilling to let anyone close enough to help. Caroline feels drawn to this wounded soul, but with both of them relying on that single position, can they look past their loss to a future filled with hope…and possibly love?

Continue reading for my review, an excerpt from Hearts Made Whole, and information about a great giveaway!

(This review is part of a blog tour. See what others are saying about this book today

Caroline is the oldest of five children, left orphaned after watching their lighthouse keeper father drown. Despite being haunted by what she witnessed, Caroline has kept the light going since then and appears to be doing a capable job. The lighthouse inspector has other ideas, however, and sends Civil War veteran Ryan Chambers to replace her. Ryan has only minor lighthouse keeping experience and is suffering from what we today would call PTSD. He recognizes he needs help and allows Caroline and her family to stay, but someone is determined to drive Caroline from her home.

There’s an immediate connection between the lead characters as each recognizes the other’s hurts and needs. There’s very little antagonism, and none of the clichéd misunderstandings I often come across in romance novels. There is an event where Ryan is thought to have done something that could have a lifetime of consequences for them but, although she’s angry and hurt, Caroline accepts the situation until the truth is revealed.

As for the mystery of Caroline’s tormenter, I had him figured out early on. When he’s discovered, the characters appear to give him some leeway, as though they could understand why he did what he did and how he could do it. Given some of his actions, they’re better people than I am! There is justice, however, from an outside party.

Hearts Made Whole is a lovely story of pain, suffering, caring, acceptance and leaning on God. It’s the second in the Beacons of Hope series. I’ve not read book one and, although Ryan apparently appears in it, it isn’t necessary to have read it in order to enjoy this title. It was also interesting to discover that Caroline’s character was inspired by a real female lighthouse keeper in Michigan during the time in which the book is set.

Thank you to Litfuse Publicity Group and Bethany House for my complimentary copy of Hearts Made Whole, which I received in exchange for my honest review.

Have you read Hearts Made Whole? Do you plan to read it? Let me know your thoughts.