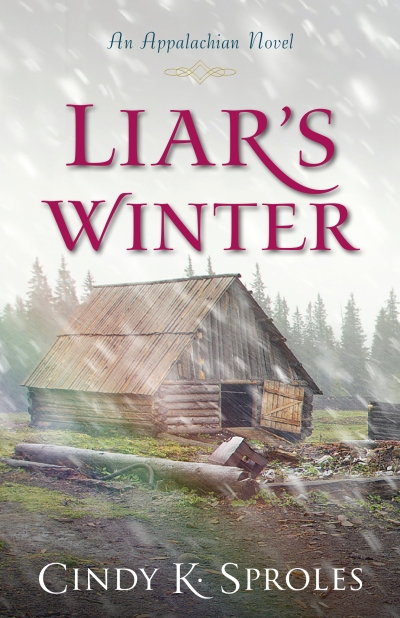 Lochiel Ogle was born with a red-wine birthmark–and it put her life in jeopardy from the moment she entered the world. Mountain folks called it “the mark of the devil,” and for all the evil that has plagued her nineteen-year existence, Lochiel is ready to believe that is true. And the evil surely took control of the mind of the boy who stole her as an infant, bringing her home for his mother to raise.

Abused and abandoned by the only people she knows as family, Lochiel is rescued by a peddler and given the first glimpse of love she has ever known. The truth of her past is gradually revealed as is the fact that she is still hunted by a brother driven to see her dead. Unsure if there’s anyone she can truly trust, Lochiel is faced with a series of choices: Will she continue to run for escape or will she face her past and accept the heartbreaking secrets it reveals? Which will truly free her?

Set in the wild and beautiful Appalachian Mountains of nineteenth-century East Tennessee, Liar’s Winter is an unflinching yet inspirational exploration of prejudice and choice.

This novel sounds like it’ll be difficult to read. But I read Sprole’s debut novel a couple of years ago and it turned out to be amazing.

When I read Cindy Sproles’ debut novel a couple of years ago I found it easy to give it five stars. Second novels are either equally as brilliant or fall flat in comparison. I wasn’t sure which I’d get with the next of Sproles’ Appalachian novels, but I’m happy to say I was not disappointed. Lochiel (pronounced Low-Kill) has encountered very few people in her 19 years, having been kept hidden away by her adoptive parents. She thinks their treatment of her is normal and, therefore, something she should expect from others; that’s if they don’t run screaming from her first. When she’s rescued by strangers – and continues to be helped by them – she wonders what they want in return. Instead, they introduce her to a loving and trustworthy God, one she’ll turn to when all seems lost.

Liar’s Winter was an engrossing read from the beginning. It’s written in the first person, and Lochiel’s ‘voice’ came through clearly. She was heartbreakingly ignorant of the world around her and I recognized a form of Stockholm Syndrome every time she said that the Ogle family had treated her well and that she felt guilty for “leaving them.” There were moments in this book that left me momentarily stunned, breathless with the turn the narrative had taken. The tears were streaming down my cheeks as I finished the final page.

Thank you to Kregel for my complimentary copy of Liar’s Winter, which I received in exchange for my honest review.

Have you read Liar’s Winter? Do you plan to read it? Let me know your thoughts.