From New York Times bestselling author Tosca Lee comes the much-anticipated, high-speed sequel to The Progeny, about the powerful descendants of Elizabeth Bathory, the most prolific serial killer of all time.

Face-to-face with her past, Audra Ellison now knows the secret she gave up everything—including her memory—to protect. A secret made vulnerable by her rediscovery, and so powerful neither the Historian nor the traitor Prince Nikola will ever let her live to keep it.

With Luka in the Historian’s custody and the clock ticking down on his life, Audra only has one impossible chance: find and kill the Historian and end the centuries old war between the Progeny and Scions at last—all while running from the law and struggling to control her growing powers.

With the help of a heretic monk and her Progeny friends Claudia, Piotrek, and Jester, Audra will risk all she holds dear in a final bid to save them all and put her powers to the ultimate test. Love, action, and stunning revelation reign in this thrilling conclusion to The Progeny.

This is the continuation of The Progeny.

First up, Firstborn isn’t a pretty little standalone that can be read out of sequence. Stop if you’ve not read The Progeny first, because you will need the information contained it. The four pages of recap really aren’t enough. Because it had been over a year since I’d read it, I actually re-read it before starting in on Firstborn and I was glad I did. The Progeny left readers with a stunning revelation and the narrative of Firstborn picks up where it left off. It moves at a heart attack pace with so many twists and turns that it was occasionally hard to keep up. Thank goodness also for the cast of characters at the beginning. While most of the names were featured in the previous book, there were some new ones that gave me a slight hint of what was to come.

Firstborn isn’t exactly what you might call Christian historical fiction, although it is written by a Christian author who has written historical fiction. But it does take a look at how people can define themselves as good when others see them as bad, and how a desire for justice can be twisted into revenge. It explores the desire for life: do you live for yourself or are you willing to die for the safety of others? Are you willing to kill for something that might’ve happened 400 years ago?

I loved Firstborn. I didn’t want to put it down. Part way through, I had a thought as to the identity of the Historian. It seemed crazy and I’ve been wrong before, but it turned out I was actually right. Still, the reveal came with another twist. And, just when I thought there are no more shoes left to drop, Tosca Lee dropped another bombshell and it wasn’t the last. In fact, I came away believing there might be one or two not so loose ends that hadn’t been tied up, and thinking, “What if… the story isn’t quite over?”

Thank you to Howard Books for my complimentary copy of Firstborn, which I received in exchange for my honest review.

Have you read Firstborn? Do you plan to read it? Let me know your thoughts. 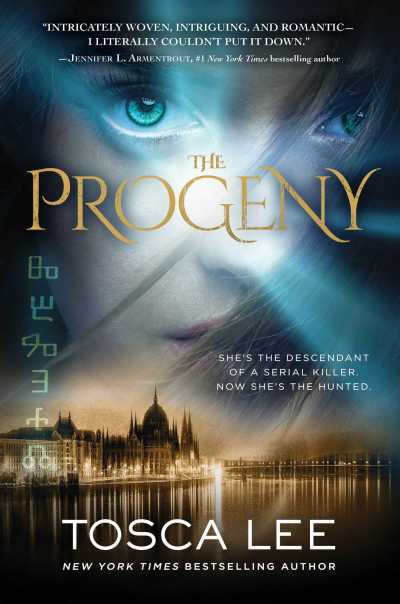 Emily Porter is the descendant of a serial killer. Now, she’s become the hunted.

She’s on a quest that will take her to the secret underground of Europe and the inner circles of three ancient orders—one determined to kill her, one devoted to keeping her alive, and one she must ultimately save.

Filled with adrenaline, romance, and reversals, The Progeny is the present-day saga of a 400-year-old war between the uncanny descendants of “Blood Countess” Elizabeth Bathory, the most prolific female serial killer of all time, and a secret society dedicated to erasing every one of her descendants. A story about the search for self amidst centuries-old intrigues and Europe’s underground scene…and one woman’s mission to survive.

The Progeny is a novel that pulled me in immediately, from its short prologue set in a mysterious location known as The Center to the small Maine cabin where Emily is recuperating from life-changing surgery. It’s a beginning that leaves the reader with plenty of questions and no immediate answers and it isn’t long before Emily discovers her life is in danger. From then on, the non-stop action moves from the USA to beautifully described locations in Eastern Europe.  We experience everything that happens through the lead character’s eyes, which means we know only what she knows. Who can she trust? What is it that she must find to keep her life and save the lives of those around her?

The premise of The Progeny doesn’t make it sound like a Christian novel but I was intrigued enough by it to not dismiss this book out of hand. Plus, Tosca Lee has written some great Biblically-based reads in the past. It doesn’t read like an obviously Christian book, and there are some distinctly non-Christian things that take place within its pages by non-Christian characters. It even reminded me, at times, like Interview with a Vampire. But there are visits to churches, observations of religious symbolism, and philosophical discussions about the nature of God. The day after I finished reading The Progeny, I thought about it some more and could see parts of the Gospel reflected in it. I’d love to say more about that, but I’d have to include some major spoilers.

This is the first in a series called Descendants of the House of Bathory. The second book will be out next year. I found it to be a total page turner and the information revealed on the last page left me wanting more. If you like edgy, alternative Christian fiction that’s part supernatural and part thriller then I suspect you’ll probably enjoy The Progeny as much as I did.

Thank you to Howard Books for my complimentary Advanced Uncorrected Proof of The Progeny, which I received in exchange for my honest review.

Have you read The Progeny? Do you plan to read it? Let me know your thoughts. 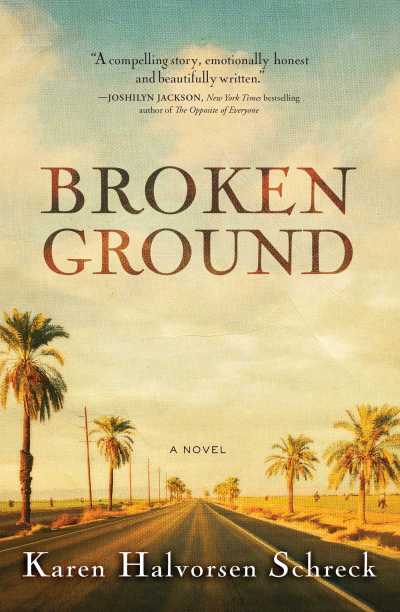 Newly married to her childhood sweetheart, twenty-one-year-old Ruth Warren is settling into life in a Depression-era, East Texas oil town. She’s making a home when she learns that her young husband, Charlie, has been killed in an oil rig accident. Ruth is devastated, but then gets a chance for a fresh start: a scholarship from a college in Pasadena, CA. Ruth decides to take a risk and travel west, to pursue her one remaining dream to become a teacher.

At college Ruth tries to fit into campus life, but her grief holds her back. When she spends Christmas with some old family friends, she meets the striking and compelling Thomas Everly, whose own losses and struggles have instilled in him a commitment to social justice, and led him to work with Mexican migrant farmworkers in a camp just east of Los Angeles. With Thomas, Ruth sees another side of town, and another side of current events: the numerous forced deportations without due process of Mexicans, along with United States citizens of Mexican descent.

After Ruth is forced to leave school, she goes to visit Thomas and sees that he has cobbled together a night school for the farmworkers’ children. Ruth begins to work with the children, and establishes deep friendships with people in the camp. When the camp is raided and the workers and their families are rounded up and shipped back to Mexico, Ruth and Thomas decide to take a stand for the workers’ rights—all while promising to love and cherish one another.

I am an immigrant to the United States. I became a naturalized citizen in 2010. I say this because my experience has influenced my opinions on the subject and, particularly, on migrants across the country’s southern border. I had a feeling that Broken Ground might take me out of my comfort zone and test some of those opinions. Since I’d enjoyed Schreck’s previous novel, Sing for Me, I decided I would give this novel a go.

I’m glad that I did. Once again, Schreck has created a thought-provoking work about social differences in 20th century America. The book’s first chapter describes the stark reality of Ruth’s life living with her husband on the Texan oil fields. They are poor and have little more than a shack, but they love each other and dream of a better life. The entire narrative is written in the present tense and in the first person, which means we experience everything the same time as Ruth does. It was difficult to read this part because I knew what was coming and Ruth sounded so happy. When everything changed, we’re plunged into Ruth’s grief. Ruth’s experiences take the reader on a roller coaster ride of emotions as she journeys from Texas to California via Oklahoma and goes from being a wife to a widow to a student to an activist. There’s sadness, shock, disappointment, and anger, but there are also sweet moments of joy.

This is an aspect of American history I had previously known nothing about. There’s no ‘right’ or ‘left’ to what happened; these acts took place during both the Hoover and Roosevelt administrations. I was stunned by the knowledge that even American citizens were sent to a country they didn’t know if they couldn’t provide paperwork. Sometimes, it didn’t even matter if they had the correct papers. Today, it’s easy to see the attitudes of some of the characters are racist and chauvinistic but these were considered normal during the 1930s. There’s no happy ending to Broken Ground either. Actually, the ending is rather ambiguous with elements of despair and hope. But it’s an incredible novel, and one that I’m sure I’ll be thinking about long after posting this review.

Thank you to Howard Books for my complimentary copy of Broken Ground, which I received in exchange for my honest review.

Have you read Broken Ground? Do you plan to read it? Let me know your thoughts.